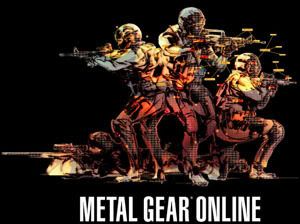 This forum is for Metal Gear Online.

A Whole list of suggestions (A repost from my 2 liner)

A Whole list of suggestions (A repost from my 2 liner)

Terrain, such as broken down tanks and sand bags to hide behind, old trucks, dumpsters, etc (Misc items like that)

maybe (Different subject) a helicopter evac from the battle field for anyone injured or under fire, a speaker system in the base and a helicopter to drop the reinforcements.

Also being able to scale a building or wall and crawling in ducts.

Flyable helicopters (then again, we never flew or drove anything in MGS did we?) or
at least being able to take down the enemy's arrival helicopter and doing some damage on landing.

A cardboard box (Why not? It's classic)
Hand to hand combat or if you have that, Melee Damage with weapons.

CQC: Grabbing the hand of the apponent and twisting it (minor damage) Taking the weapon and firing a round into the enemy (Moderate damage)

A Bleeding system like with MGS3, A shot results in a 15-45% Chance to Bleed, causing minor Drops in health by the minute.

A medic system: Finding a pack in the field and suturing up your wounds (Cuts to stop bleeding)

No three second invincibility because in real life did you ever Die and come back to life with 3 seconds of invincibility?

Well thats all i have for now

I might have more and i know that some of these might not work...OH and being able to crawl under the broken down tanks....

Also an addition to the evac, when you get on the helicopter your taken back to base and healed in an operation bed, then sent out again.

Thanks for reading this long ass Post and I hope you agree with some of my stuff, please repost this with crosses through the things that won't work so I will understand what I could do next time for a suggestion, otherwise at least leave a positive comment